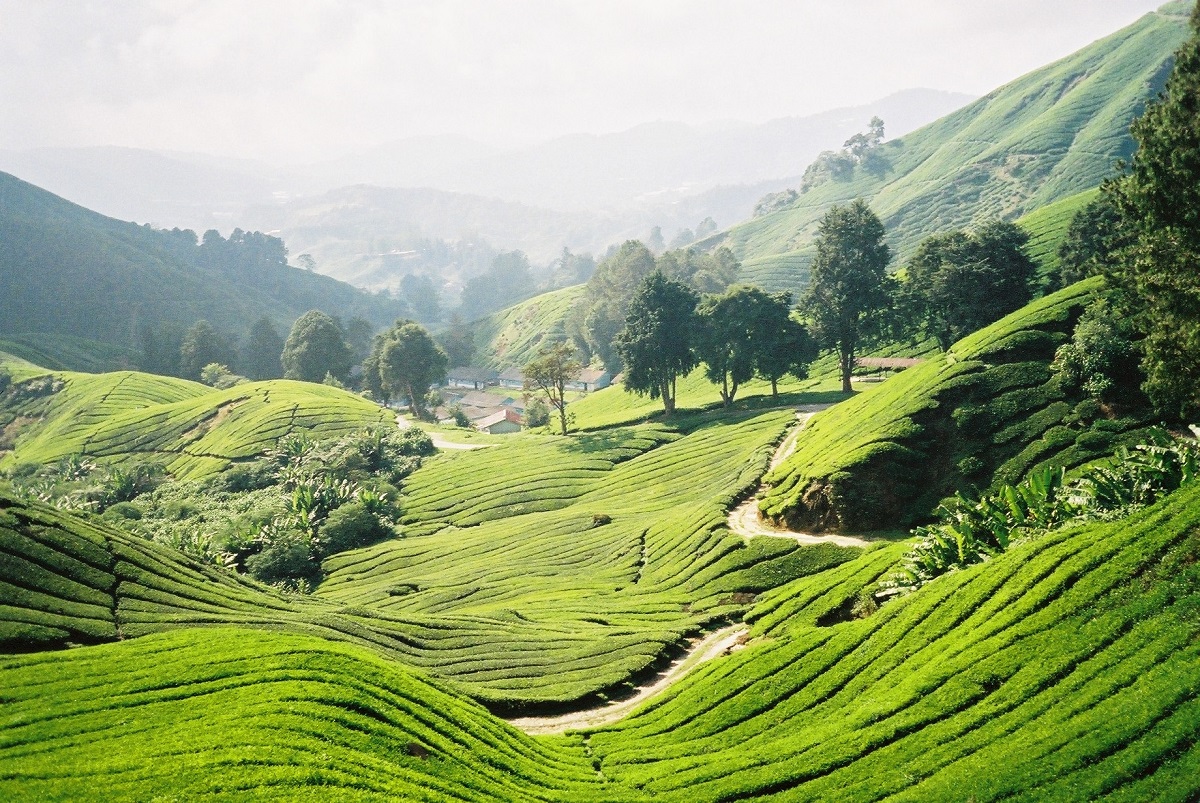 You may envision a calm, peaceful person sipping tea at the kitchen table in the morning or on the front porch gently rocking away the afternoon with a cup in hand; their whole being anchored in the present moment. Or maybe even a wise martial arts master enjoying tea and relaxed conversation with his students after class.

This is much different than the images of manic coffee drinkers frantically typing away at their work desk or speed babbling non-stop at the café like they’re about to take off and start running up and down the walls.

Why is tea so closely related to relaxation and mindfulness?

For centuries, Buddhist monks have revered tea drinking. There’s even a popular story that credits the origin of tea to Bodhidharma, an Indian monk who brought the teachings of Buddhism from India to China. Legend has it that during his nine-year meditation retreat in a cave at the Shaolin Temple, the Buddhist master cut off his eyelids to keep himself from falling asleep, and in the same spot on the ground where his eyelids landed, the first tea plants grew.

Many Buddhists even use tea drinking in their rituals or as a mindfulness meditation support. Vietnamese Zen Master Thich Nhat Hanh says, “Drink your tea slowly and reverently, as if it is the axis on which the world earth revolves – slowly, evenly, without rushing toward the future.”

Drinking tea causes people to feel relaxed, focused and awake all at the same time – a similar state often generated during meditation. So it makes a lot of sense for meditation or mindfulness practitioners to be fans of tea.

So what brings about this alert but relaxed state in tea drinkers?

It’s the molecule L-Theanine. According to this Los Angeles Times article, L-Theanine is an amino acid that improves concentration while relaxing the mind by stimulating alpha waves in the brain. It may be that L-Theanine’s calming qualities counterbalances the effects of caffeine in tea, which is why you don’t get that jittery-heart-attacky feeling from drinking tea as you do when downing too much coffee in the morning. Plus, tea has much less caffeine than coffee. According to Mayoclinic.org, brewed coffee has about 95-200 mg of caffeine while black tea has about 14-70 mg, and the amount of caffeine in green tea is only 24-45 mg.

In the following video, Dr. Michael Greger from Nutritionfacts.org explains the effect that L-Theanine has on the brain:

Now imagine doing meditation while your brain is running on L-Theanine.

Of course you should not replace your meditation practice with tea drinking, but adding a few cups of tea to your daily routine can aid concentration and reduce stress, not to mention all the other health benefits related to tea consumption.

Plus, there are so many types of tea and flavors to explore. Drinking tea is a journey – an adventure of the taste buds. Each of the five categories of tea – black tea, oolong tea, green tea, white tea and puerh tea – have many varieties within their own individual category. You’ll find that the length and number of steeps make every cup unique, and even the soil and climate where the tea is grown will bring about particular flavors within the same types of tea.

Are you ready to go on a tea journey? Grab yourself some tea here and sip on a cup of zen.

—Michael Gibbs is a writer, tea lover, and meditation enthusiast. He lives in SW Ohio.